Silly or Fool, you Decide? 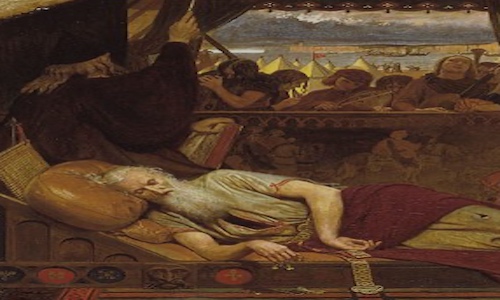 Let's start with a question, shall we?

As I said, you decide.

To my great surprise this morning national broadcaster RNZ carried a news item which at first thought was representing 'silly season' content. From the New York Post! 'Stop the Insanity' its tabloid front page ran, alongside a picture of POTUS 45 looking somewhat downcast.

Message from its editorial board embellished that he do this for his own sake and the country's. His intense concentration on January 6th when a perceived final possibility to overturn the (so far) official result of the November 3rd Election and have it declared in his favor was (we daresay) wrong. Instead and much more constructively concentrate on January 5th. With a view to retaining Republican majority control of the Senate.

Now as an artist who knows the merits of flat brush work - one color on one side, another on the other and then the twain shall meet - reading through this news presentation found access to balance. Goodonem! The intriguing words 'King Lear of Mar a Lago' and 'cheering for an undemocratic coup' and 'imagine a government controlled by your nemeses - how high will taxes go?'

Did I say balance?? Goodness me it's up there in B&W so I must have done. Moral mojo, wot! Owning it.

And then the nemeses, people who in actuality represent Americans in Congress or Senate, routinely blagged by '45' et al for essentially doing their jobs. Moral Oh No, think not! Disowning them.

When the pandemic hit; some of those health services already gone, how could anyone think that Competence None was nought but The Fool. A talk with 'King Lear' now that Shakespeare's gone could help with this answer.

So here we are: on balance, what will you Decide?

Till next time.. try for a good time.. and to one and all: Happy New Year!

This is only a preview. Your comment has not yet been posted.

The letters and numbers you entered did not match the image. Please try again.

As a final step before posting your comment, enter the letters and numbers you see in the image below. This prevents automated programs from posting comments.

Having trouble reading this image? View an alternate.

(Name and email address are required. Email address will not be displayed with the comment.)